One of the dad cats showed up again this morning, cooperatively posing for me outside our living room window, so I could get some photos! 🙂 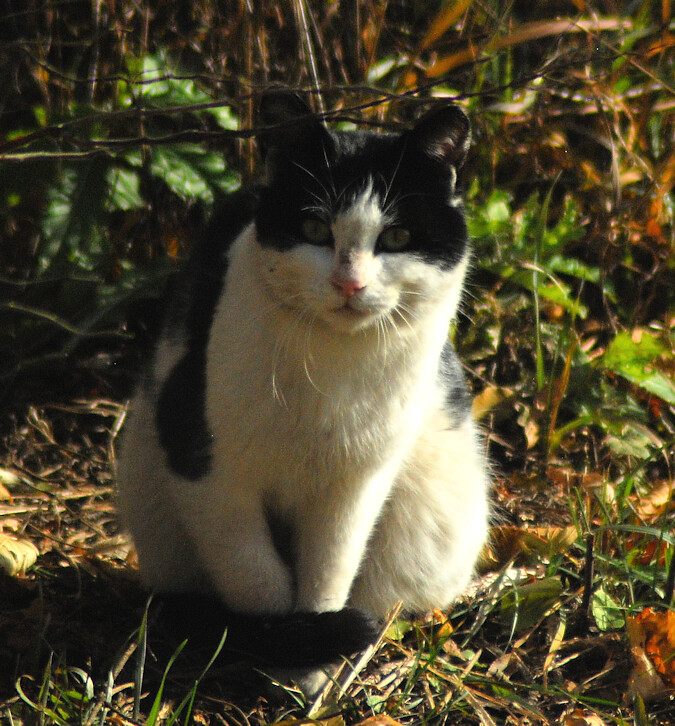 Dad cat is looking a little rough around the edges!

While he seems to be coming around more regularly, yesterday I saw – and heard! – him being driven away by Rolando Moon.  Who can be just as mean to the other cats, too, we’ve noticed!

I think we are slowly but surely getting The Outsider used to us, faster than the other kittens!  Yesterday, my younger daughter was using a stick to play with him (her?), and even managed to pet him briefly. 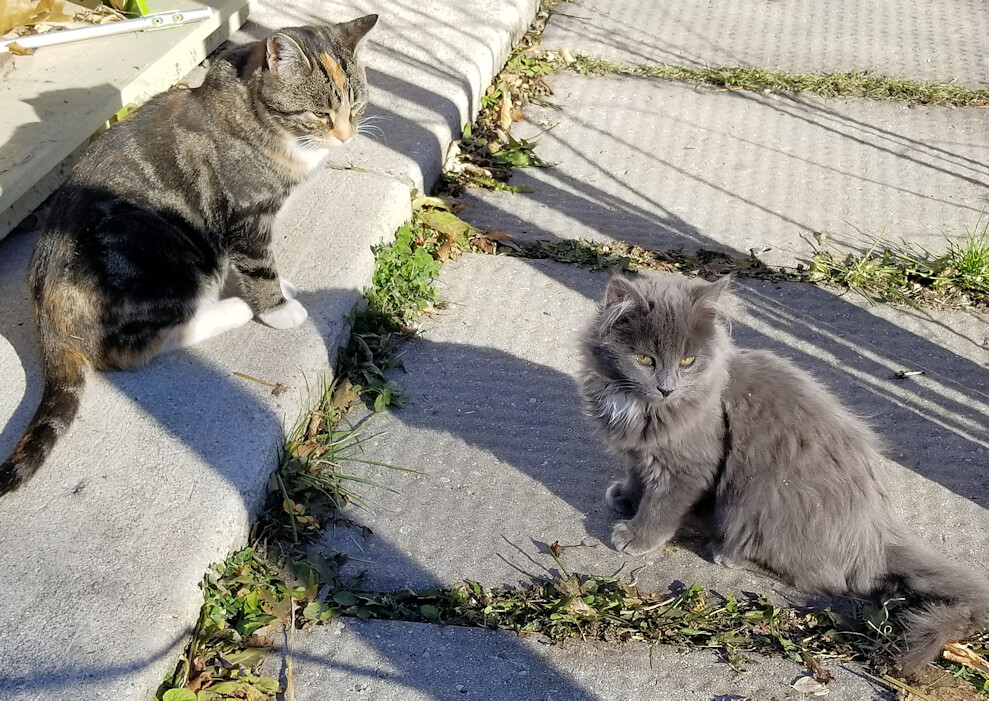 I played with her a bit, too, and she was willing to come close to my feet, but then seemed to realize how close she was and would run off a bit.  Then come back again, to play with the end of the stick.

While all the kittens and their moms seem to have accepted him as one of their own, he and Doom Guy are getting to be quite the pair!  I wasn’t able to get any good photos, but they snuggle up in the sun room, regularly.  Earlier today, while taking something out of the freezer, I looked out the window to the swing bench.  Much to my surprise, there were no kittens on it.  Then I found the two of them.  They were on the old dresser I use to hold the tools, snuggled up and looking out the window.  That space is normally covered with bags of cat food, but we’re on the last bag right now, so it’s available.

I think, from now through the winter, we’re going to have to start buying 4 big bags of cat food a month, instead of the 3 we did last year.  We could get away with 2 in the summer, so I would have an extra bag left over from month to month, but this month we’ve already gone through 3 and are into the 4th – though some of that was due to the cats dumping the bucket onto the floor and eating it all night!

Not quite what we were expecting to be doing, when we first moved out here!

Hard to believe, in just a few days, it’ll be a year since my husband and younger daughter flew out.

It’s been quite a year!

One thought on “He’s back!”