After dropping my daughter off at work this morning, I went by the beach and took a bit of a walk. 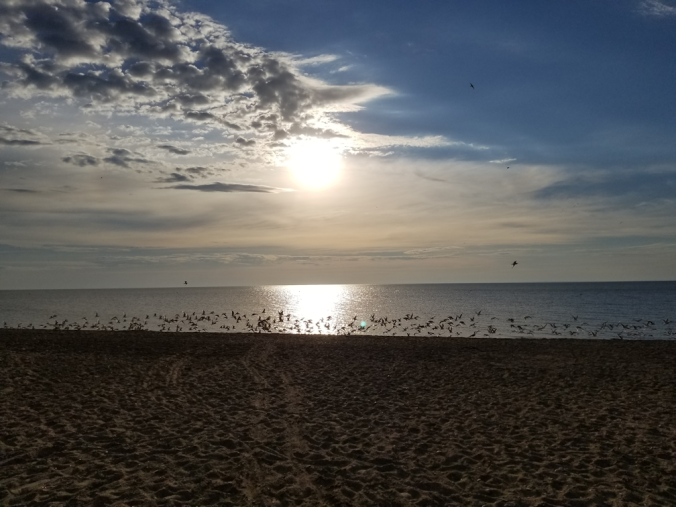 I was able to catch a whole lot of seagulls, just as they were taking off!

This morning, our power was hooked up to the garage and barn.  Yay!

In order to detach the existing line from the old pole, the old pole had to be pushed down.

Despite being broken already, it was not easy to do!  That core was still hanging on pretty hard.

That platform that broke off the top of the pole once held a bird house.  My late brother built the birdhouse, then scrambled up the pole to install it, many years ago.  We didn’t have a ladder tall enough to reach all the way, so he climbed the pole itself for the top few feet – somehow bringing the bird house and the tools he needed at the same time!

The new pole is even taller, so no normal vehicle going under there will ever get caught!  And there’s almost no sag in the middle at all, either.

Then the power got hooked up to the barn, which meant new line from the main pole to a secondary pole, then to the barn.

Unfortunately, there seems to have been an unexpected victim of the power being shut off twice while the work was done.

My husband’s CPAP no longer works.

It wasn’t on while the work was being done, but there is still power going to it.  Perhaps a fuse got blown?  No matter.  It’s dead.  And he just got replacement hose, nose piece and filters for it!

Thankfully, now that my husband is sleeping on a hospital bed, he can adjust it to sleep in an upright position; he should be able to breath that way until we can replace the CPAP.  We do have insurance that covers most of the cost, but we’d have to buy it first, then send in a receipt.  So that will have to wait a couple of weeks! 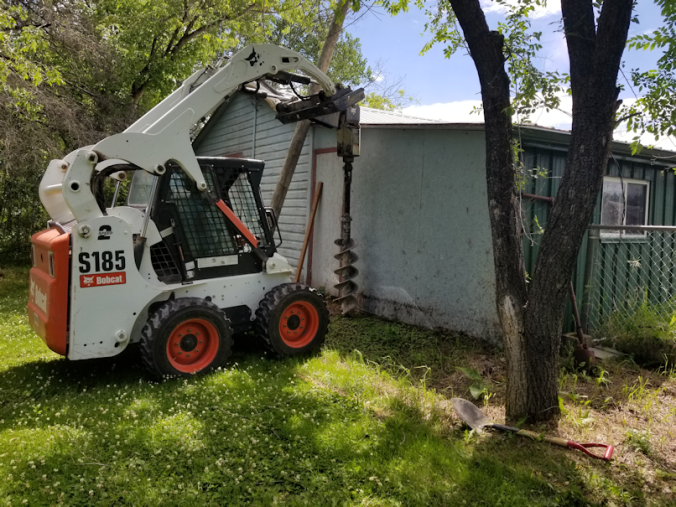 Here, they are lining up the drill to dig the hole, making sure it’s straight.

I wanted to take pictures and video, but I also didn’t want to be in their way, so I didn’t.

Part way through drilling, it sounded like they hit a rock.  The electrician got down on the ground and I guess he was able to move things out of the way, as the drilling continued soon after.  Then the drill attachment was switched for a bucket, which they used to lift and line up the pole itself into position.  By then, I was inside, because I didn’t want to hover, so I didn’t see how they moved the pole into place.  I only saw them lifting the pole at one end, and using chain to secure it so it could be moved.

We have a fairly shallow topsoil, then its sand, gravel and clay.  Once the pole was in, they pushed the soil back around it, and you can see that clay heavy soil ended up on top.  The electrician poured a bucket of water over it to help things settle. 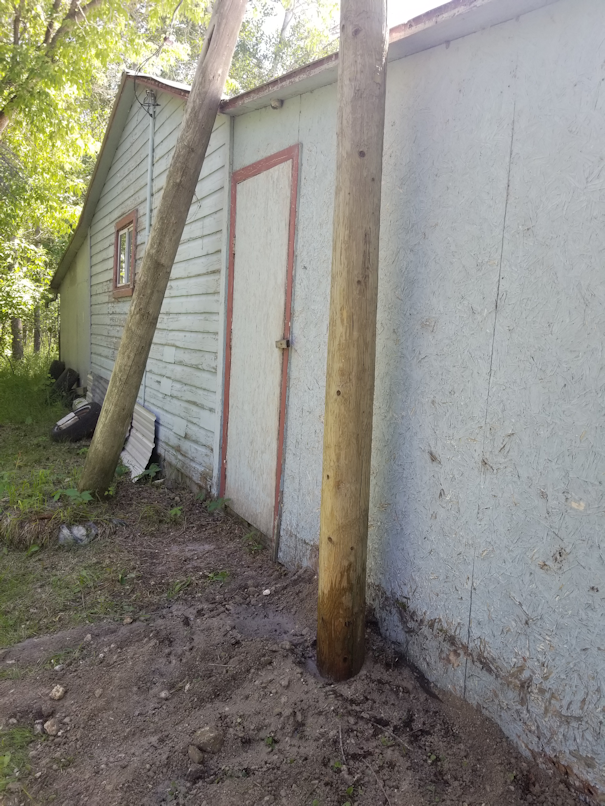 It now needs to sit for at least a few days for the ground to settle.  He will come back, likely at the end of the week, to unhook the wire from the old pole, move it to the new one, and hook up the power.  If he were to do that now, the weight of the wire would cause the pole to tilt.

Only after the wire is transferred can the old pole finally come down.

By next weekend, we should have power hooked up to the garage and the barn again. 😀

The new power pole was delivered this morning.  Ready and waiting to replace the one the movers broke.

That pole cost almost $400, all on its own.  The delivery fee was only $35.  It’s treated, and 30ft long.  About 5ft of it will be under ground, so the final height will be greater than the old pole, which was 21ft high.  Hopefully, that will mean no more possibility of someone catching on the wire again!