I replaced the old Christmas lights on the fence with the new indoor/outdoor LED lights yesterday, and left them on.

Then I waited until full dark before checking on them. 🙂 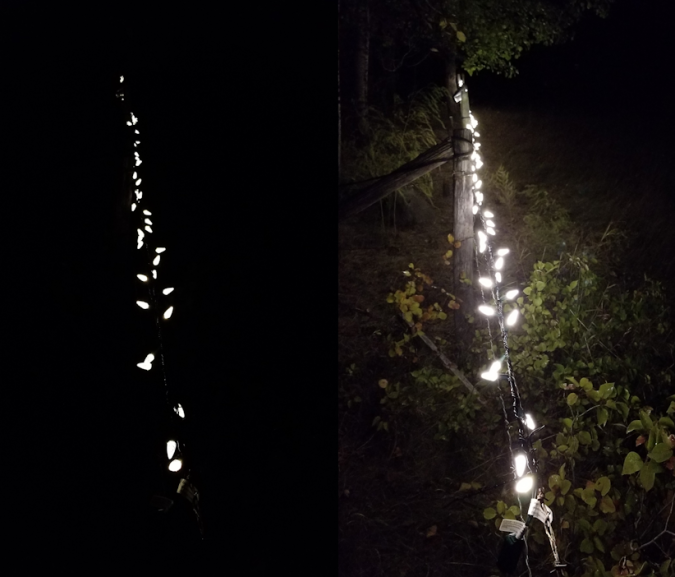 At first, I didn’t think I’d be able to get any photos, then remembered that I have a “pro” setting on my phone that allows me to adjust ISO and aperture settings.  Well.  The virtual ones, anyhow.  These are the two extremes of what I got, after playing around with the settings.

The strings of lights are slightly longer than the old ones, and they have at least double the number of bulbs.

My brother tells me the lights used to have a timer in the garage.  I know I saw one, but couldn’t find it.  We do have at least one in the house, and I even know where it is, so I will set that up later. 🙂

I’m rather happy with them.  According to the box, up to 20 strings can be added together, without causing problems.  I certainly have no plans to do that, but they are inexpensive enough that I might pick up a couple more to extend away from the gate.  As I eventually clean up the fence line in the other direction, it would be nice to have them strung all the way to the corner. 🙂