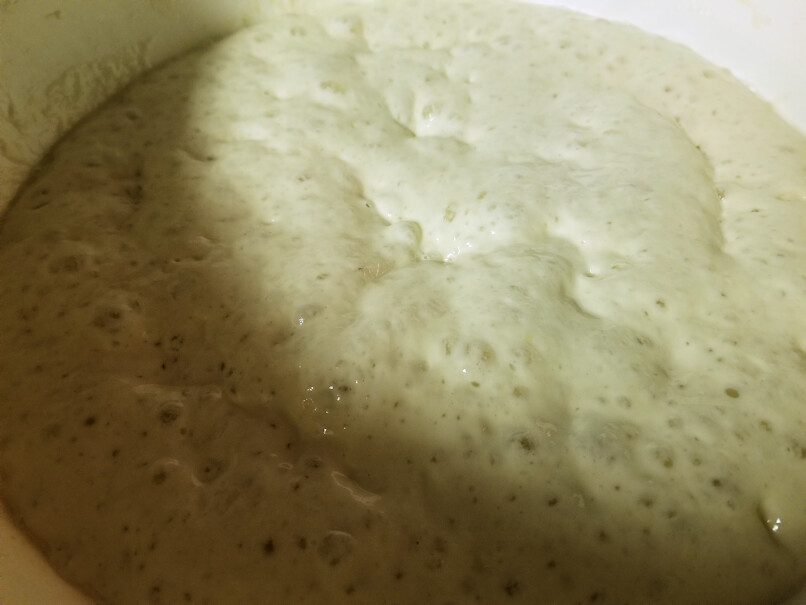 And it has a name. 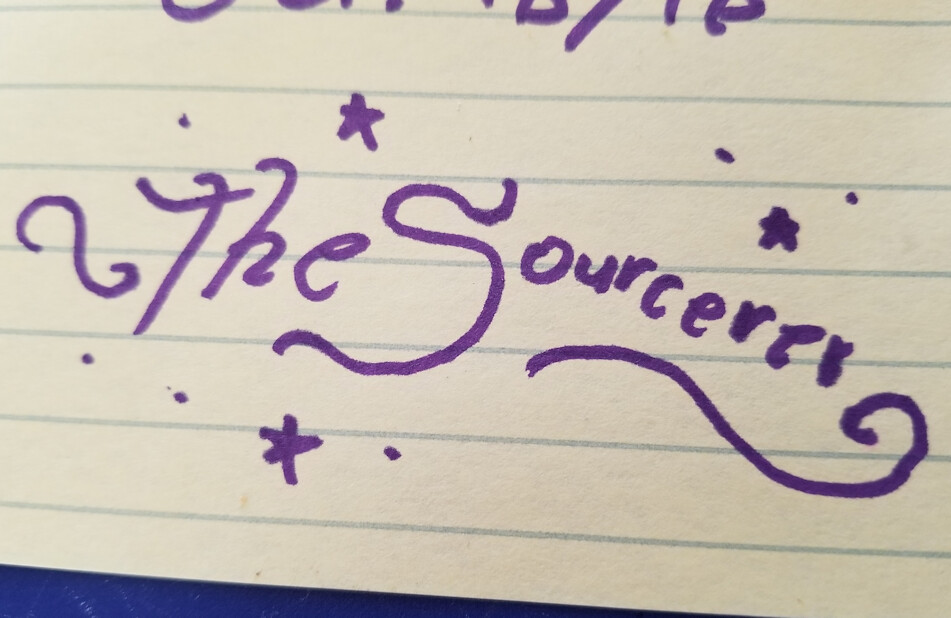 I put a Post-it note on the cover, with the date I started the starter.  This is what I found added to it, this morning. 😀

Our girls are too funny!

Recently, I was finally able to find a bag of rye flour.  Of all the things I knew would be harder to come by after moving here, rye flour was not one of them!

In anticipation of baking day, I got a rye sourdough starter going last night, using 2 cups rye flour, 2 cups warm water, and about 1/3 cup of our usual starter.

Allow me to introduce you to… 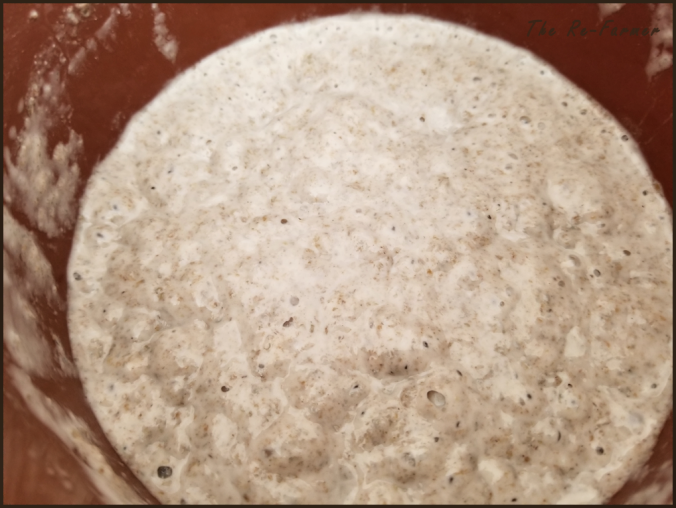 My kids are hilarious. 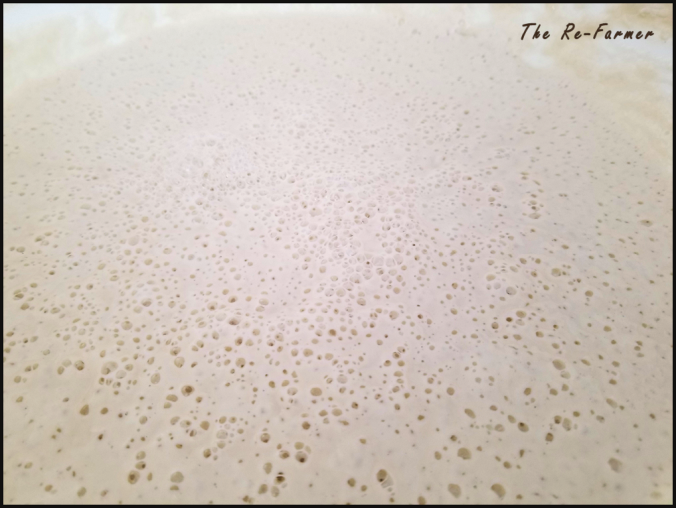 Because our original starter has aged so well, it can be shared or used as a base for “overnight starters”, which some recipes call for.

The girls didn’t bother looking up any rye bread recipes.  They just modified their usual Quick and Easy Sourdough recipe (minus the optional garlic and Parmesan with herbs).  With their usual double recipe, they used 2 cups of rye starter, substituted the sugar with molasses, and added 3 cups of rye flour before switching back to all purpose.

The result was a denser bread that didn’t rise as much during backing.  Which is good, because it means they slices will fit completely in the toaster, unlike our usual loaves, which sometimes need to be flipped. 😀

Still warm from the oven!

I like the idea of using multiple kinds of flour when baking bread, but that requires having multiple kinds of flour on hand.  Which we really don’t have the space for, anyhow.  So we usually just use all purpose flour, since it gets used for so many other things as well.  I think I’ll make an exception for rye flour – which was only available in a small bag, anyhow.

It looks like we’ll be maintaining two sourdough starters now; Sir Sour Alot and the Rye of Sour-on.

We need a bigger pot for Sir Sour Alot!

This is what I came out to, this morning. 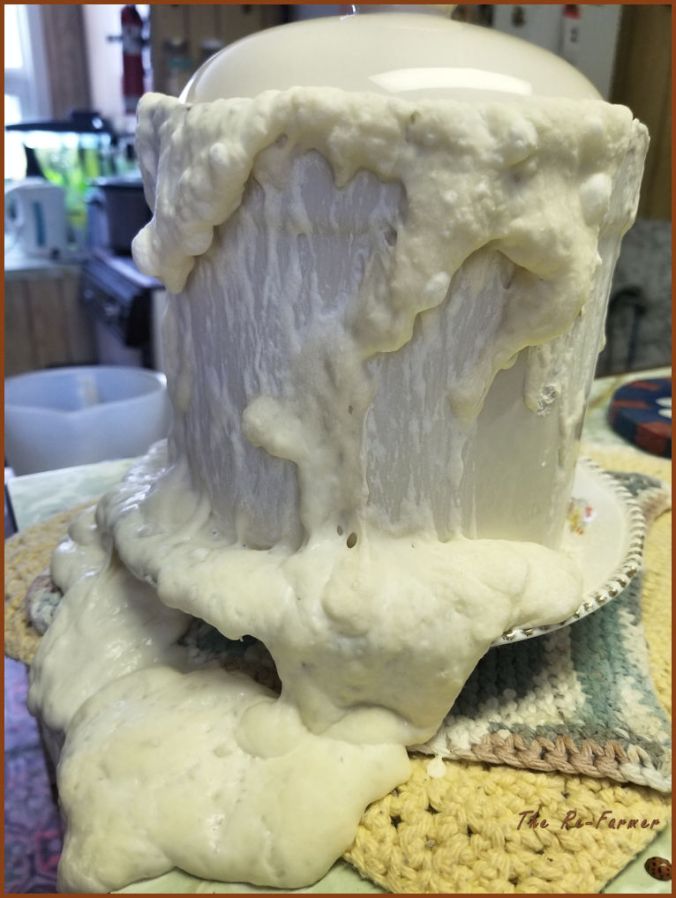 No, that is not a ladybug on the counter in the bottom right of the photo.  It’s an Asian Lady Beetle.  And they are EVERYWHERE this year!

Since transforming Sir Sour Alot, we have been using it about every other day, feeding with just flour, water and a bit of sugar, as usual.

Yesterday, I boiled potatoes for supper and kept the water I drained for bread baking.  Because using potato water when baking bread is delicious.

Since I had as much potato water as I did, after I poured out enough starter for a doubled recipe of bread, I figured I’d use some of it to feed the starter instead of plain water.  I’d measured out 2 cups of starter, which left very little behind, so I added about 2 1/2 cups flour and maybe 2 cups of potato water, with about a tablespoon of sugar, to feed it.

There are pretty standard amounts.  I’ve added as much as 3 cups of flour into this container when there was nothing but dregs left after use.  I’ve had it over flow only once before, when the container was placed on the stove, where it was warmer.

While we were working on the bread last night, we noticed that Sir Sour Alot had started to overflow.  Clearly, it liked the potato water!  I stirred it down and figured it had already reached its peak expansion for the night.

Boy was I wrong!

Not only did it overflow the pot and the bowl under it, it went down the counter, all the way to the floor!

We need a bigger container.

We don’t boil potatoes all that often, but when we do, I plan to treat Sir Sour Alot with some potato water in the future (not to be confused with “rich potato water”, which is potato mashed into the water).  It obviously really does well with it!

This morning, I started working on making an Alaska Sourdough starter, based on the book.  The recipe calls for “rich potato water”, flour and sugar, with optional yeast.  After making hotcakes this morning, I didn’t feed the starter, as I normally would.  The container needed to be cleaned out (the lid was becoming glued to the top!), so I decided to use the remaining starter as the “yeast” portion.

“Rich potato water” is made up of potatos, boiled in their peels, until they begin to fall apart.  END_OF_DOCUMENT_TOKEN_TO_BE_REPLACED

Sir Sour Alot got moved temporarily onto our oven recently.  I decided to leave it there after use and feeding, since it is a warmer spot. 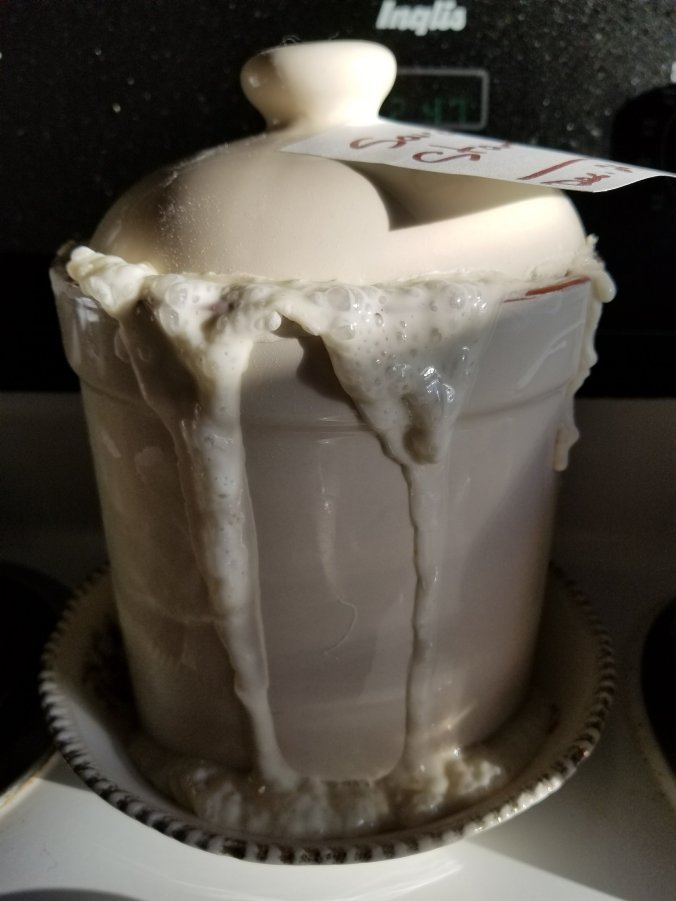 What a difference a couple of degrees makes, as it overflowed in abundance.

As I write this, my younger daughter is making some sourdough cookies.  Later, I will transfer the starter out, wash the container, then return it.

And this is why I keep a bowl underneath. 🙂

Sir Sour Alot is now a week old.   This image is of how it looks now, after it’s been stirred. 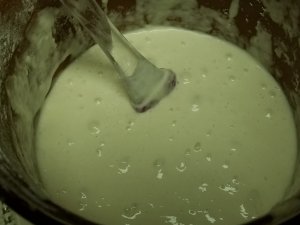 At this point, the starter gets more frothy than bubbly, and has a finer texture.

The starter can rest in maintenance mode now.  Aside from feeding after use, it can just be stirred daily and fed lightly every two or three days.  If it’s not going to be used for more than a week, it can be put into the refrigerator.  It will go dormant and doesn’t need to be fed often, though the occasional stirring is good.  When it’s going to be used, it should either be taken out of the fridge and allowed to come to room temperature, or just the portion needed can be removed, while the remainder is fed with the same amount of flour and warm water as was taken out, then left in the fridge.  A bit of sugar to feed the yeast wouldn’t hurt, either.

None of these are hard and fast rules, of course.  Once a starter is going, theoretically, it can be kept going for generations with minimal care and regular use.  It’s good to remember that a sourdough starter is a living thing that needs to be cared for.  Like a pet, it needs food, water, shelter, and a bit of TLC.

More fun than a pet rock, plus you can eat it.

My copy of Alaska Sourdough has been shipped, and I’m quite looking forward to it.  I plan to start a new one when it comes in, but I don’t really need to have more than one starter going at once.  We’ll see how the new one works out, and then decide what to do.

Here is the progress on our new sourdough starter.

It was fed after 24 hours, and again after 48 hours.  With the size of my container, I fed it only a half cup each of flour and warm water, with a sprinkling of sugar.

This is what it looked like before I stirred and fed it tonight. 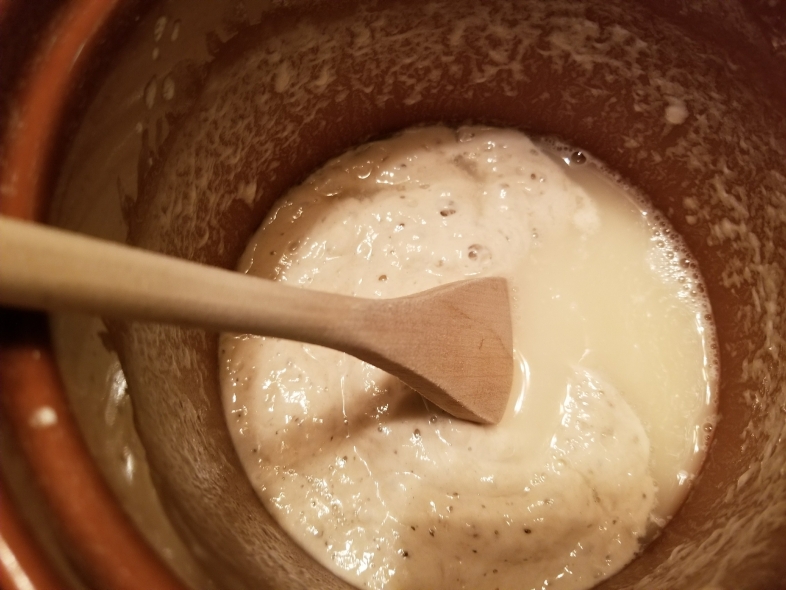 You can see that it has separated a bit, and there is quite a bit of liquid. This is normal.  I stirred the liquid in, then added just flour and sugar. There was no need for more water.

This is what it looked like, about an hour later. 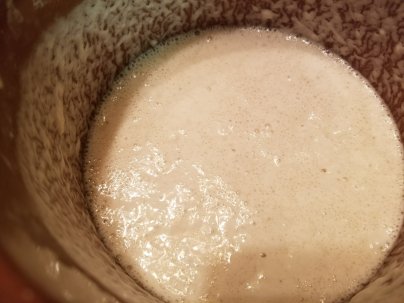 I am relieved to see the sponge bubbling up as as well as it is.  The ambient temperature is on the low side, but it seems to be handling it quite well.  What has been funny is to see my family opening the lid every now and then, just to smell it!  Nice to know I’m not the only one.

If I felt the need, I could place the whole thing in the oven with the light on. The heat from the light bulb would be enough to create a nice, cozy temperature for the yeast to grow in. I would make sure something was under the container, just in case it overflowed.

I went digging through some boxes to find cookbooks with sourdough recipes in them. I collect cookbooks, so that took a while.

We aren’t ready to start making bread quite yet, but we can do pancakes.

There is a fair bit of variety of sourdough starter recipes.  The first one we made used potato water – an unpeeled potato boiled until soft, then mashed into its own cooking water – as the liquid.

In essence, though, getting a new starter going is just flour and water, left to sit.  Anything else is just bonus.

Of course, there are a few basic requirements that need to be followed.

So if you are not fortunate enough to be able to get some established sourdough starter from someone, here is what you need to start your own. END_OF_DOCUMENT_TOKEN_TO_BE_REPLACED