While out and about this morning, the kittens were out in full force.  Including Doom Guy, who can’t seem to figure out that, if he wants me to pick him up, he has to be in FRONT of me, not behind… 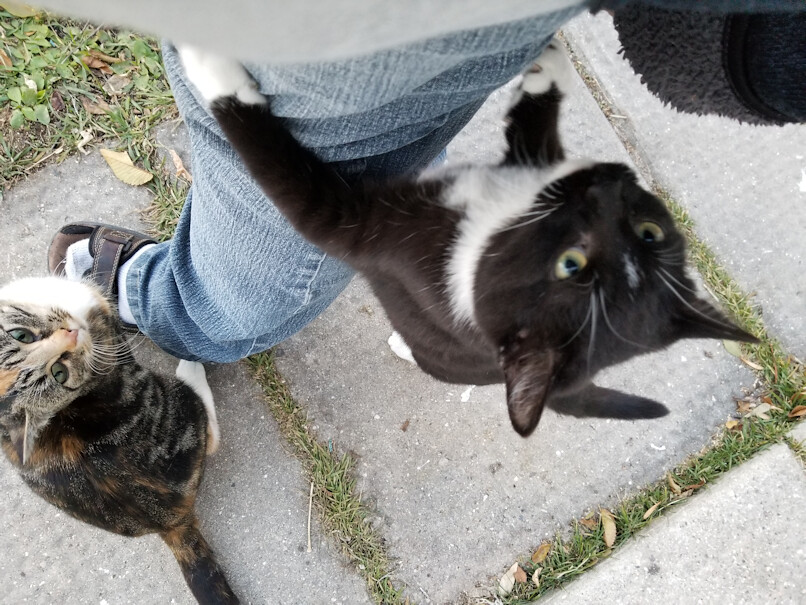 I’m going to have little puncture marks, all up the back of my legs, thanks to him. 😀

Yesterday, I was able to clean up the platform to the clothes line.  The line itself needs a bit of maintenance before we can use it.  A bit more, if we want to set up three lines again, instead of the one that’s left now. 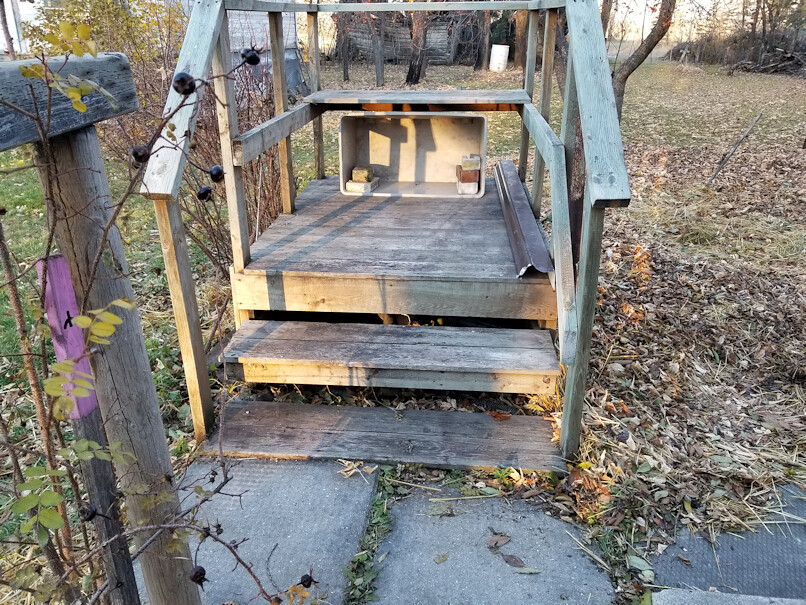 Whoever rebuilt this platform did a good job of it.

The original platform doubled as a dog house.  On the side, where the mock orange is growing now, there was an opening, and we kept it filled with straw for the dogs.  I even remember being able to crawl into it, myself, for some canine snuggles!

The cats can squeeze under the stairs.  At least, the smaller ones, can.  I don’t think Rolando Moon could fit through there.  Nor the skunk.

Of the stuff that was on the platform, I’ve only kept the bin, as a potential shelter for the cats in the winter, and a piece of eaves trough that I am wanting to re-purpose, but doens’t fit anywhere else right now.

I noticed, however, that there is stuff underneath, so I used my phone’s camera to see what it is. 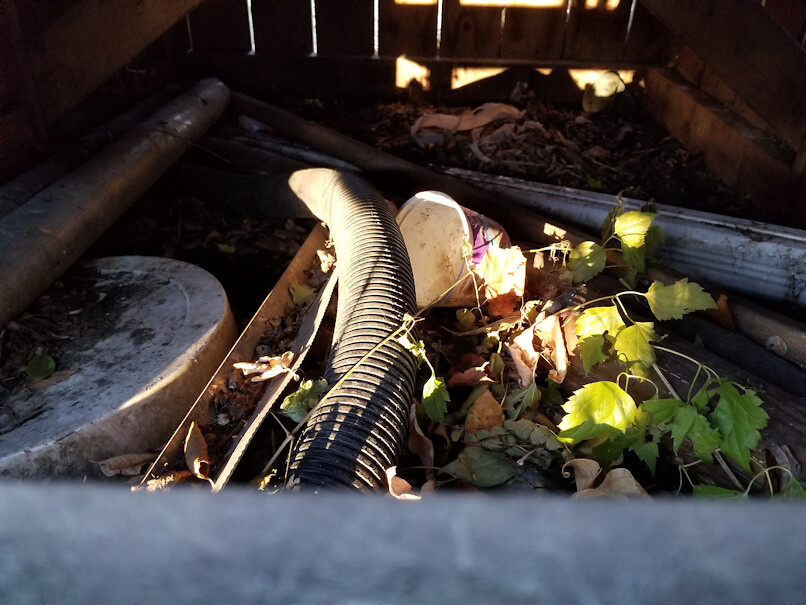 Why is any of that, there?

Who thought it was a good idea to shove it under there?

The only way for any of this to be there is by pushing it through the opening under the step.

How am I supposed to clean that up?

One thought on “Not sure how to fix this…”