While doing the morning routine today, I had quite the escort, following me along!

During the night, we noticed (by the glowing light in the bathroom window!) that the cats had knocked the water bowl off the concrete block again.  This set up might work for chickens, but not so much for cats.  I was thinking it was time to take it out and figure something else out.

Until I looked through the window and saw The Outsider, sitting on the edge of the block, leaning over the warmth of the light!

Well, at least there’s that!

After putting food and water out for the cats, then topping up the deer feed and bird seed (I can see that the deer have been coming in during the night), I did my usual rounds.

I had quite the following, in the process! 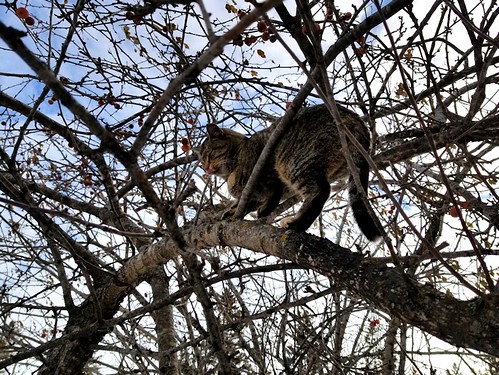 We have two trees with crab apples still on them.  One has larger apples, some of which you can see have basically exploded as they froze.  I was able to shake a few down for the deer, but they’re very stubborn.

Beep Beep climbed up into the other tree with apples on it, so I didn’t try to shake that one. 😀 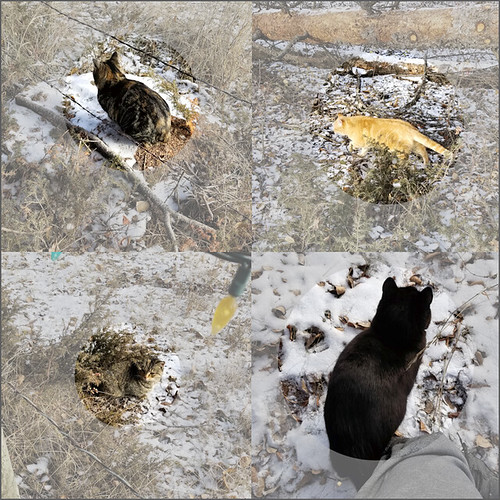 By the time I was half way through my rounds, I had Butterscotch,  Rolando Moon, Beep Beep and Doom Guy following me along!

Beep Beep insisted on up, so I carried her for a while.  When I needed two hands, though, I tried to put her down.

She would NOT go down.

Eventually, after several tries, I got her to go onto the top of a fence post. 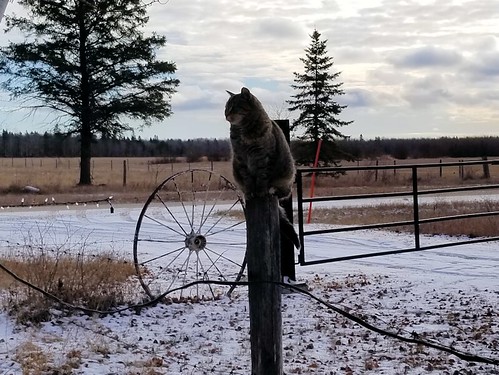 There she stayed, until I was done and could pick her up again!

By then, Doom Guy was climbing up my leg, for for a while I had him on one shoulder, and her on the other.

2 thoughts on “My escort”