Today was a very busy bird day!  Especially the grosbeaks.  So many of them!

At least until the deer came.  It was continual back and forthing between the birds and the deer! 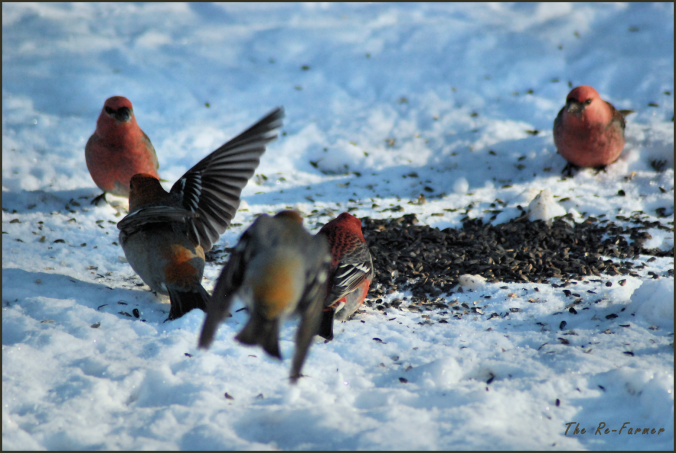 While there were plenty of chickadees, as always, and a blue jay also made an appearance, it was the grosbeaks that really stole the show!  There were so many red ones today, too.  Constantly flying in and out of the area. 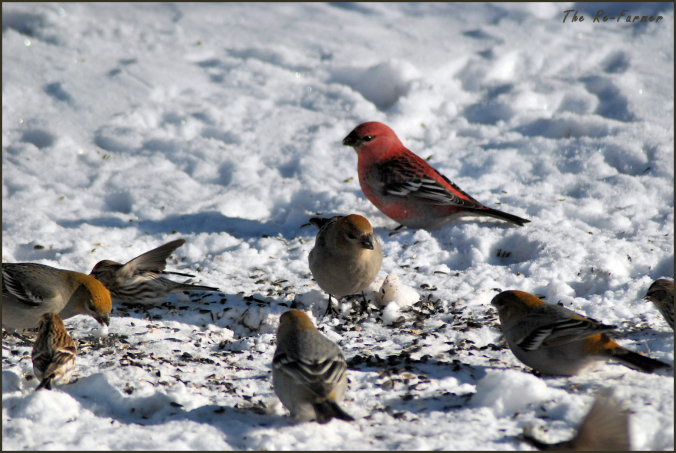 Also very busy today were the chipping sparrows.  Just masses of them!  They dash in and out a lot faster than the grosbeaks.

Then, out from the garden, a deer came loping enthusiastically in, and the birds took off.  Much to my surprise, it was the little hungry looking one!  The other one she usually follows came prancing in some time later. 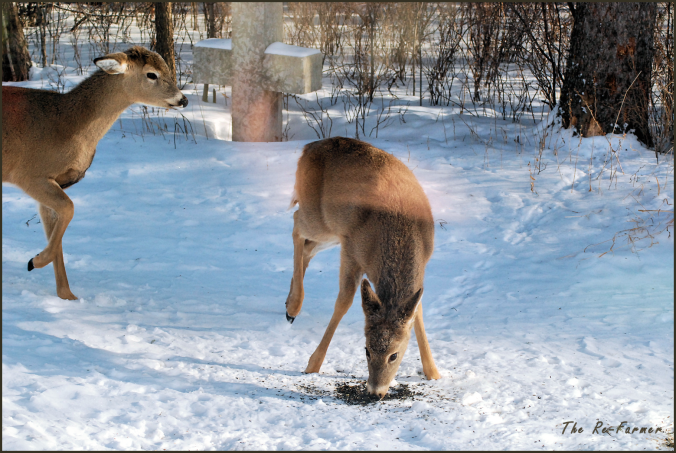 He did try to chase her off, but amazingly, this time she just shifted to another pile of feed, and they both ate together for quite some time!  A couple of times, she got chased off a bit farther, only to come back again, prancing in quite enthusiastically. 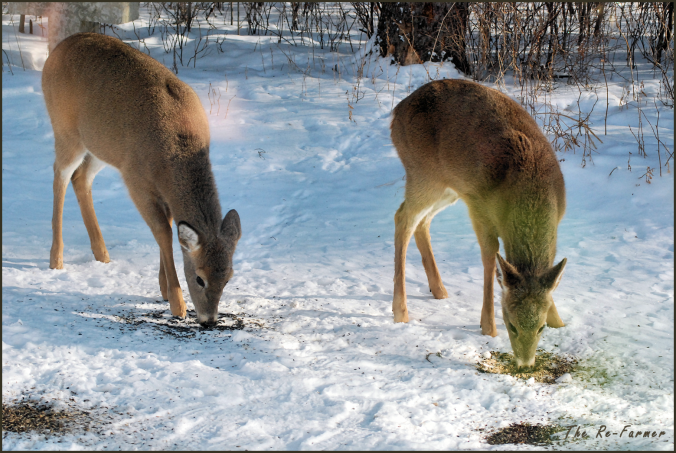 It was so good to see her getting a decent amount of food, for a change.  And to see her being less skittish. I look forward to seeing her get all sleek and fat, like the other one.  That one clearly has seen no deprivation, this winter!

I wonder if the little one had gotten sick at some point?  Aside from when we had that polar vortex some in, with bitterly cold temperatures, it’s been a light winter, with very little snow to prevent deer from foraging.  There is lots of wild food to be had.

Eventually, he chased her off for good.  Then ran off, himself, later on.  He came back a couple more times throughout the day.

I’m thinking of calling the mean one, Barbecue.