Here are the final results of the yogurt and yogurt cheese making process. 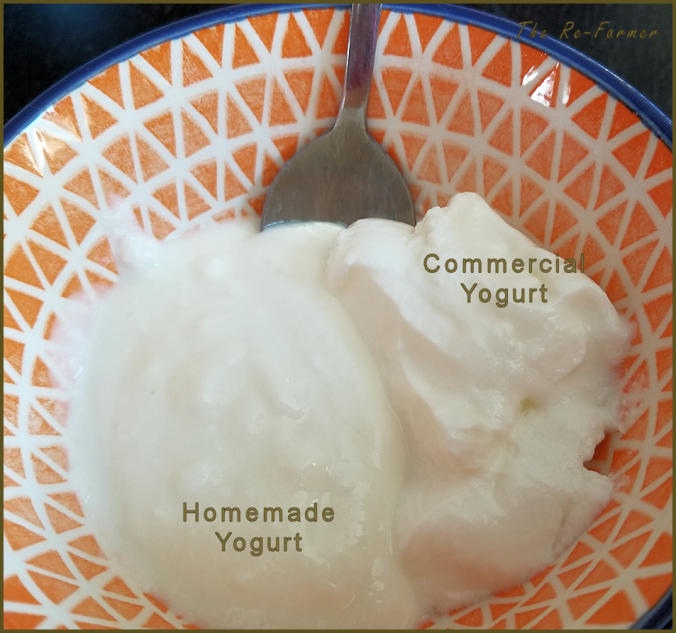 This was after the home made yogurt was in the fridge for several hours.  It did thicken somewhat from when I first put it in the containers, but as you can see, it’s still quite a bit thinner than the commercial yogurt I’d used as a starter.  That yogurt, by the way, was just a house brand of plain “Balkan” style yogurt.  I normally buy Greek yogurt, but it was more than twice the price!

As far as texture went, the only difference was that one was thinner than the other.

I couldn’t really taste any difference in flavour.

After taking the photo, I mixed both together with a bit of brown sugar and cinnamon.  It was quite nice!

One of my daughters promptly claimed the container that wasn’t quite full for herself, and ate it straight. 😀

Now, on to the yogurt cheese…

After hanging for about 3 hours, there was quite a lot of liquid in the container.  Enough that I poured it off into the container I’d already started in the fridge, almost filling it, so that the bag wouldn’t be sitting in so much liquid.

When very little more drained out of it after another hour or two, I decided to take it out and finish the process. 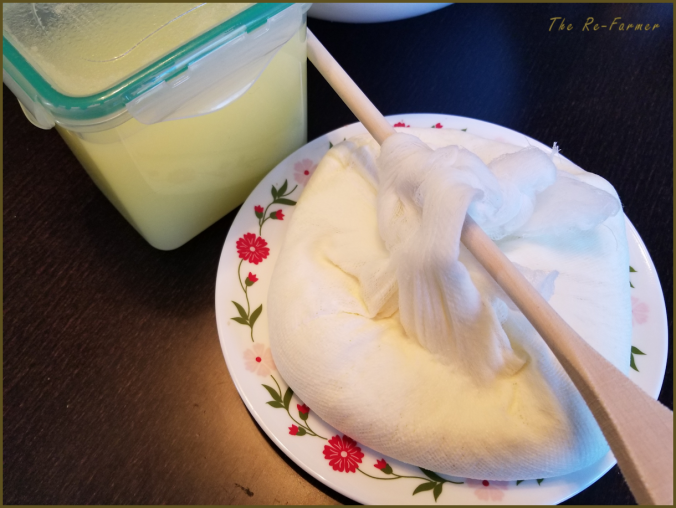 Look how much liquid there is!  I can hardly wait until our next bread baking day. 😀

Once the bag was on the plate, I could really feel how the middle was thinner than the outside.  If I had a cheese press, I would have been able to get more liquid out, more evenly.  Maybe some day.  For now, I’m happy with doing it this way. 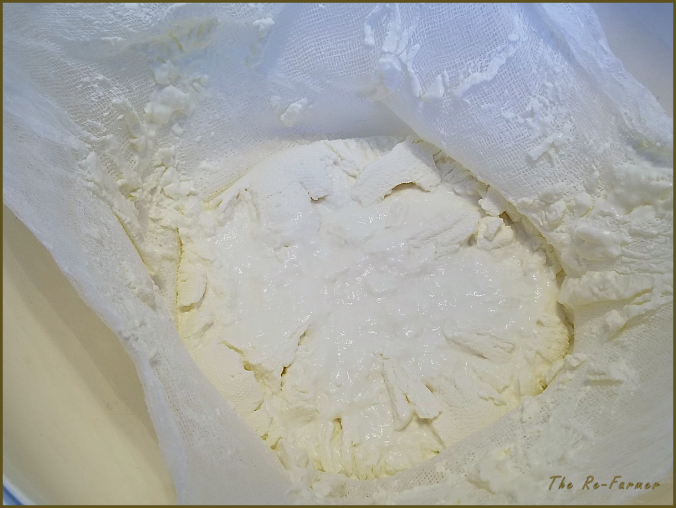 And here is my yogurt cheese baby.  With the outside being drier, it allowed me to gently roll the cheese out of the cloth.  If that part had broken up more, the softer middle would have got on the cloth and made it much more difficult to get out of the bag.

Guess how I know that? 😀 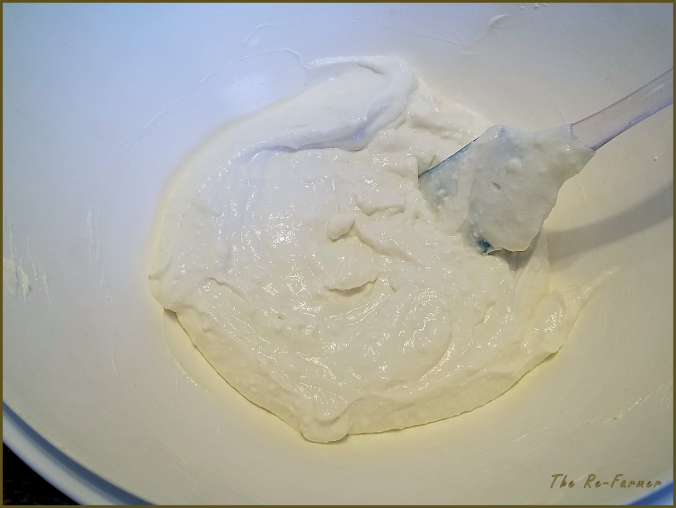 Once out of the cloth, I mixed it thoroughly to make it an even texture.  This is a bit on the thin side to be a “cream cheese.”  More like a really thick sour cream.

I had a couple of smaller containers waiting for it… 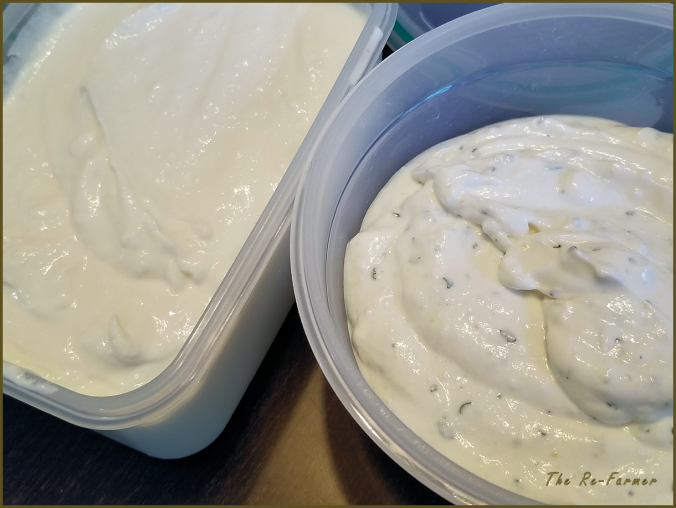 I filled one with the plain yogurt cheese, then added some garlic powder, onion salt and parsley to what was left in the bowl.

I admit, I licked the spatula after doing this, and the onion and garlic one was sooo good!

Like the plain yogurt, it thickens a bit in the fridge, but not by much more.

If I had wanted to, I could have left the bag to hang longer to drain more liquid out and have more of a cream cheese texture, rather than a sour cream texture.

We are looking forward to trying some of this on pierogi soon!

If you try making this yourself, please to pop by and let me know in the comments, how yours turned out, and what you think of it!