More progress on clearing up the trees!

The maple grove behind our house has several rows of trees.  I worked on only the two or three (depending on the area) southern ones.

Here is the north side of the furthest row I worked on. 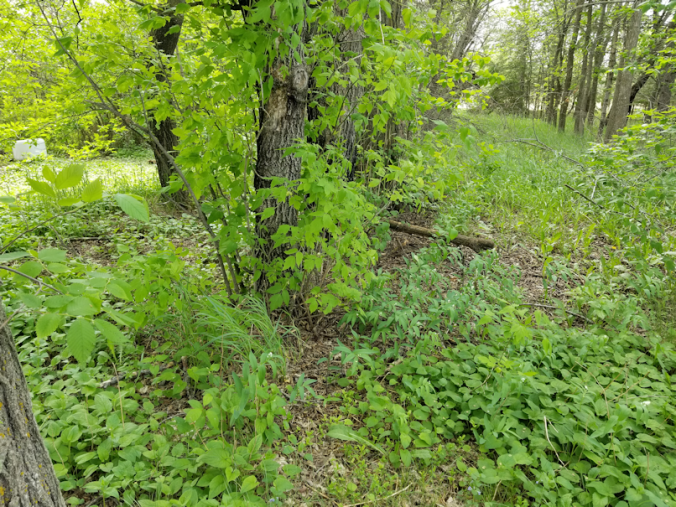 This area starts to have a fair number of trees and branches already down on the ground, including some that had been cut down, cut shorter, and then left there.

This is how it looked after clearing. 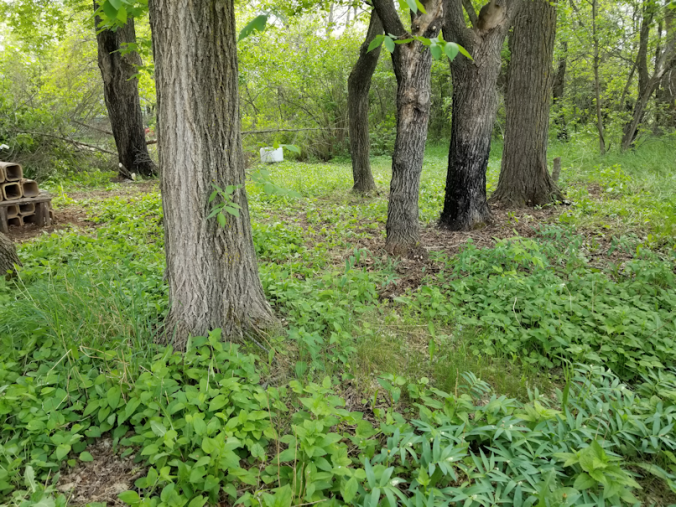 Here’s a before picture from between two rows of trees. 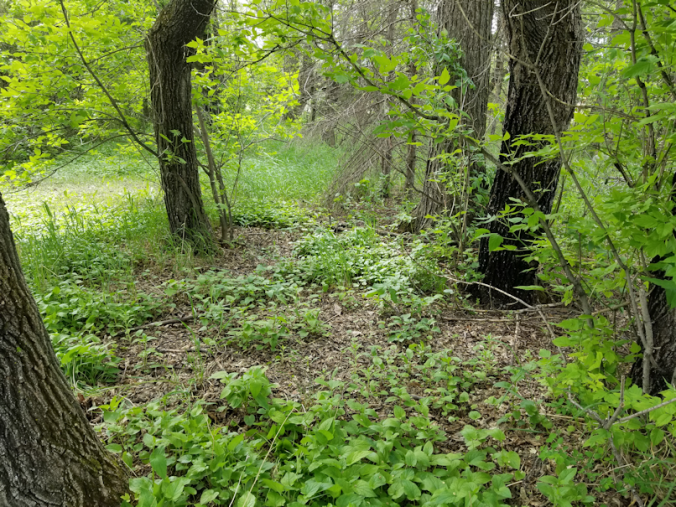 Note the dead spruces further along.

I’d originally intended to leave those, but they were small enough that it was practical to use a hand saw to take them down.  I just had to cut away a section of dead branches, first, so I could reach the trunks and start cutting.

The first one, I cut leaving a stump about 2 feet high; I will go back to cut it to ground level, another time.

The second was actually two spruces so close together that, as they got larger, they grew into each other at the base.  I trimmed branches to reach the trunks, and cut the thinner one down first, then started on the thicker.

At which point, I realized there was a LOT of movement at the base.

So I just tipped the whole thing over.

Telling my younger daughter about it later, she was laughing about her mighty mom, tearing trees out of the ground by the roots. 😀

It came down quite easily.

Here is how this in-between area looked, after.

Oh, and I found something interesting at the base of one of the maples, closest to the pile of chimney blocks.  After cutting away the suckers, I found…

What I believe is a gooseberry bush!

It was completely hidden by the maple suckers.  Now that it’s cleared, and I’ve trimmed off the dead bits, I hope it will now have enough sunlight to grow well.

All this clearing meant I was getting a rather large pile of cuttings, which my younger daughter says she will start sorting and clearing tomorrow (the green wood will be piled separately, to dry and become fuel for fire pits next year; the deadwood will be for use, this year).  Weather willing, of course.  We’ve got predictions for more rain tomorrow, and storms the day after, so we’ll see.

By the time I added the second spruce tree to the pile, though, I realized I needed to stop.  There just wasn’t room to add to the pile anymore, and I had to leave it off on the side! 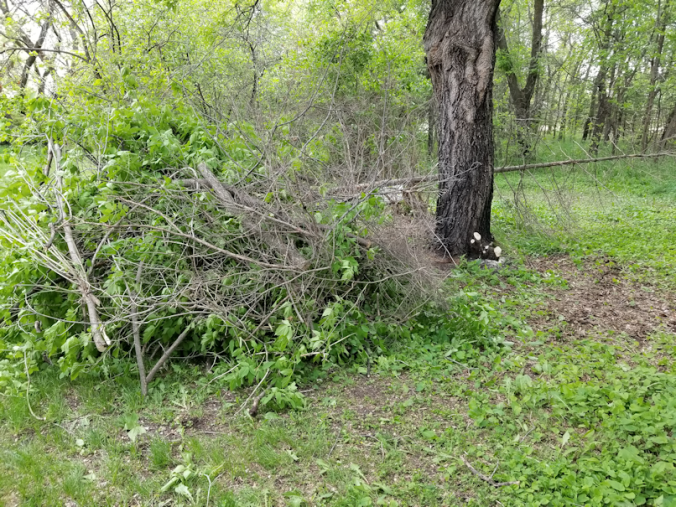 That tree the pile is next to, on the right?  You can see the fresh cuts from the last of the suckers I’d cut away on there.  Most of that tree, plus the lilac beyond it, was cleared last week.

That is a lot of trimmed wood to clear away!  All of this, plus the pile from clearing the shed, is just what was cleared away today.

And finally, here is an overview shot. 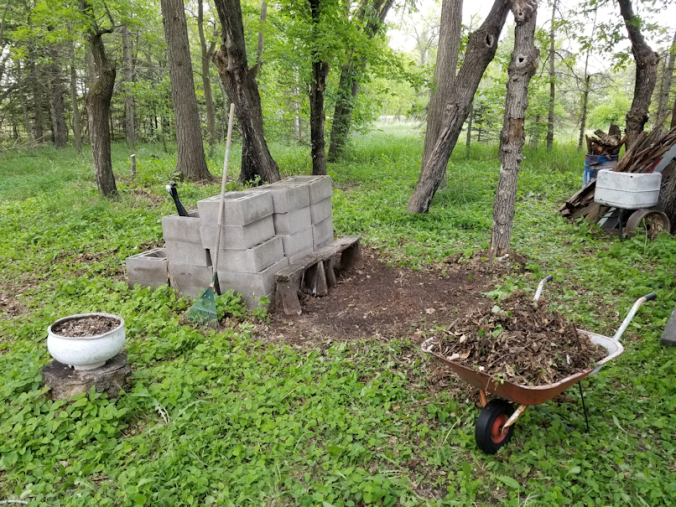 Complete with a cream separator basin planter, on a stump. 😀  I don’t want to move it, because it ensures that no one will trip over the stump or something. 😉

I am just so happy with this.  The whole area just FEELS so much better.  It’s now so open and airy!  It’ll be a while, yet, before it’s safe to mow under here – there are still many old branches hidden under the dead leaves that will need to be found and cleared out, first.  I should be able to get in with the weed trimmer a bit, though.  Plus, as things get raked up, I can add more to the flower garden to break down and build up the soil, there.

This is starting to look the way I want it to!  A beautiful, open, usable and accessible space.

After all this, I finished the evening with a trip into town with my younger daughter, to see a dear friend and his lady fair, performing in one of the local coffee shops.  It has been many years since I’ve seen him singing and playing his guitar, and never together with his lady love, on an electric upright bass!

8 thoughts on “Maple Grove Clearing – into the trees”