In this photo from my last post, you can see part of the mess I also cleaned up today. 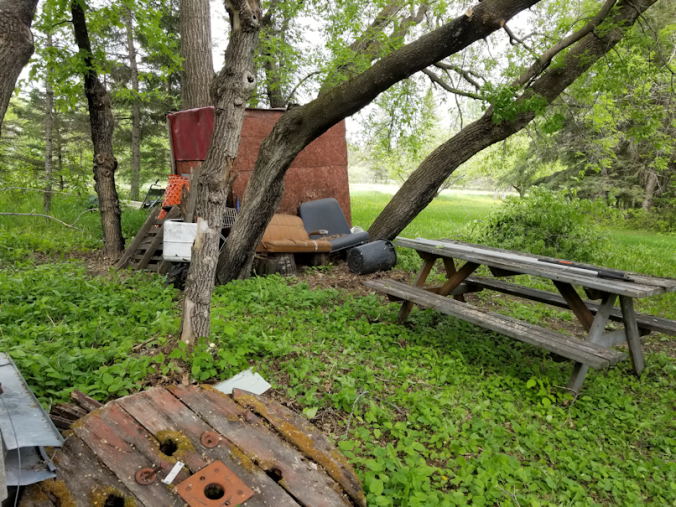 That round thing of rotting wood is the top of a giant spool that was used for electrical cable.  It was likely used as an outdoor table or something, at some point – that was a popular thing for a while. This top part, I was able to tilt up and roll away to the back of the shed.

But not before I had a very close call.

There’s a reason I stopped to clear the area around the chimney blocks instead of focusing on the trees.  As I stepped towards one of the trees behind the mess, to clear away branches that had already fallen, I felt something go through the sole of my shoe.

I immediately pulled back, put away what I’d been working on, then went back to dig through the dead leaves and old grass.

This area became a priority clean up!

This rotten wood turned out to be part of the remains of an old pallet. 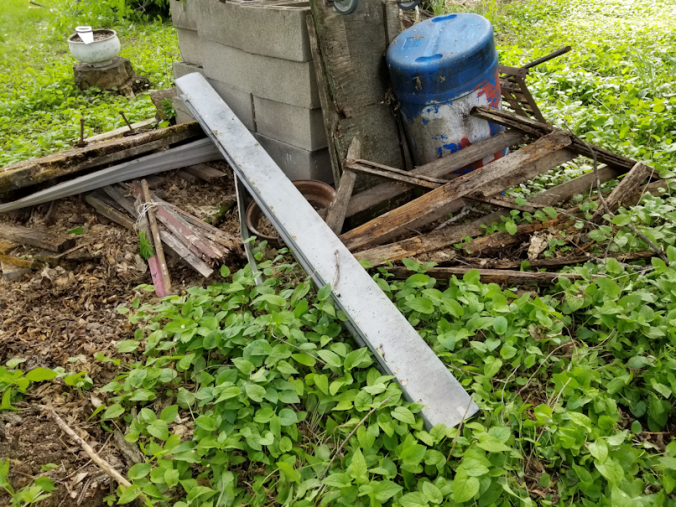 The above photo was taken after I’d cleared away the old pallet, and even removed a bundle of wooden stakes.

There’s a tire rim under there.

Because of course there is.  There are tire rims fekkin’ everywhere around here! 😀

I’d already moved some sort of basin that was screwed onto a metal base.  I have no idea what it was used for since, unlike the other basins I’ve found around the yard, it wasn’t used as a planter.

I used it to hold the rotten, some nail filled, wood I was finding. 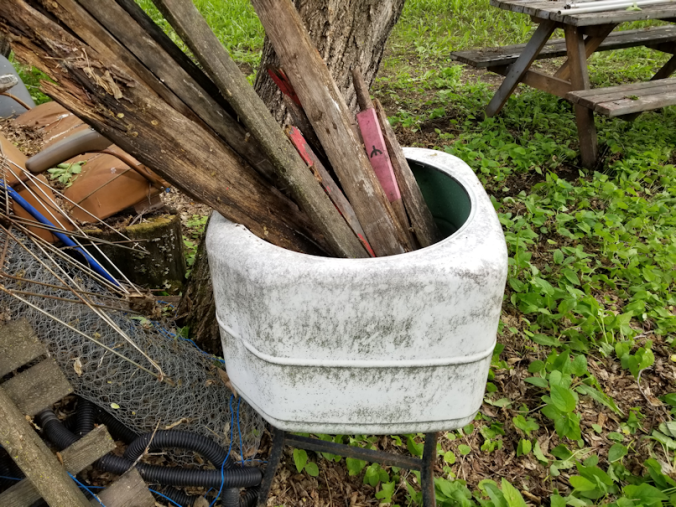 Then, when that was full, I used the blue … barrel? … you can see in the previous picture to hold the pieces of wood I found under the top of the wire spool.

But I’m getting ahead of myself.

After moving out a whole bunch of rotten and rotting wood, I tried to move the wagon that was leaning against the chimney bricks.

The top half wasn’t as bad, but when I moved the bottom half, even one of the wheels just sloughed off.

I wonder how many years it sat there?

After I moved it, I found something that brought a smile to my face. 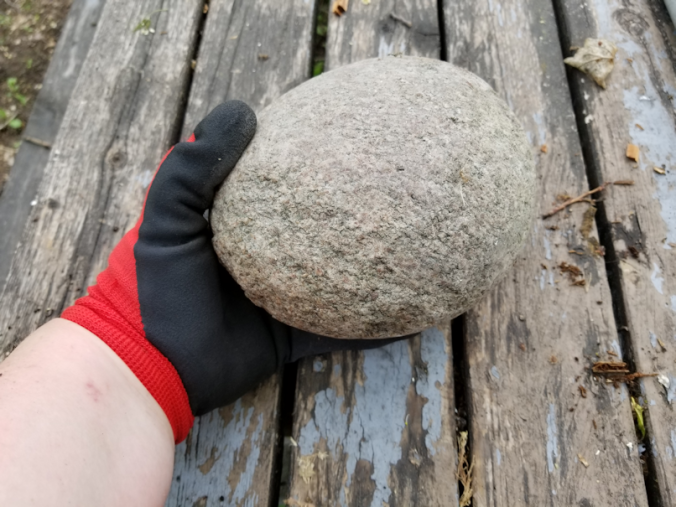 My late bother and I found this in a field somewhere, when I was a kid, and brought it home.  The size and shape made us think of an ostrich egg, so that’s what we called it.  It actually turned out to be quite handy.  My mother used to make sauerkraut in a big clay crock (which I believe we still have in the basement!).  After layering the cabbage, she put an upside down plate on it to keep the cabbage in the liquid.  This rock (after being cleaned thoroughly, of course) was put on top of the plate to weigh it down.

I’m so happy to see my rock is still around. 😀

Then I moved on to the mess under the top of the wire spool.

The base of the wire spool itself was completely rotten, falling apart as I pulled it up.

Then I raked up the decaying leaves and whatnot that was under it.

Whoever put the spool there took enough care to place it on bricks.

With enough time, not even that was enough to keep it from rotting.

I did find another mystery, though.  Can you see it?  Just above the brick at the bottom, right.

There was a pair of seashells under there.

I took out the bricks, cleared away around the chimney bricks – found some more small bricks, and raked around it.  Here is how it looks, now. 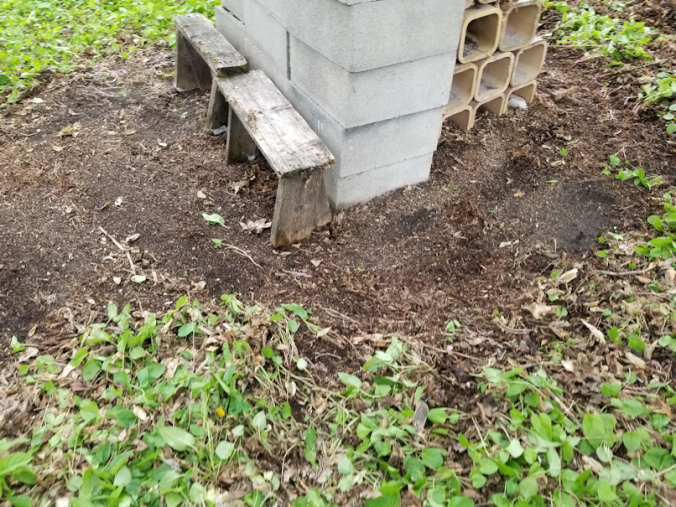 The little stools had been leaning against the chimney bricks.  They really should be tossed, as they’re old to the point of unstable, but they can stay here for now. 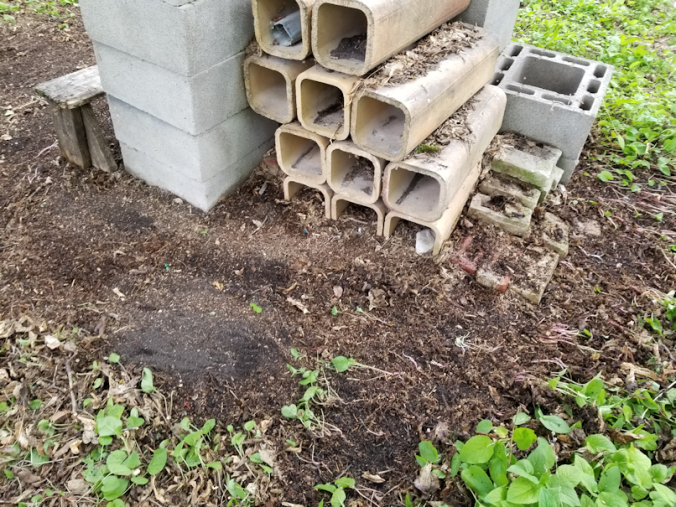 I forget what the long clay “pipes” are for.

And – most importantly! – no more rotting wood with nails sticking up.

Back to clearing the trees!