Part of my morning routine, weather willing, is to walk around the yard and check on things, such as looking for fallen branches, or seeing if anything broke or blew over during the night.

Having been able to clear as much of the spruce grove perimeter as I have, I now include that as well.

So I finally got a photo this morning, of the lonely little cedar tree, cleared of the poplars that were starting to crowd it. 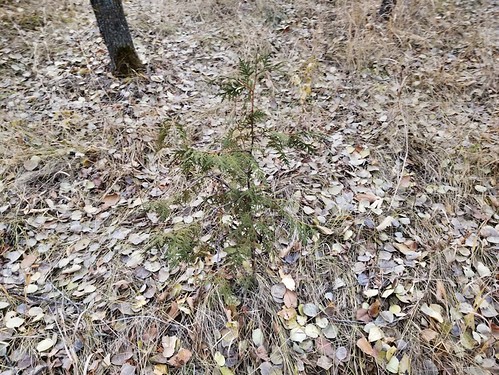 I will have to do some research to find out the best way to care for this little guy.  🙂

Beep Beep has taken to following me, as I walk around.  Sometimes, Butterscotch as well.

This morning, I had both of them.

Beep Beep, we’ve noticed, has been getting feistier and more aggressive to the other cats.  This morning, she went after Butterscotch! 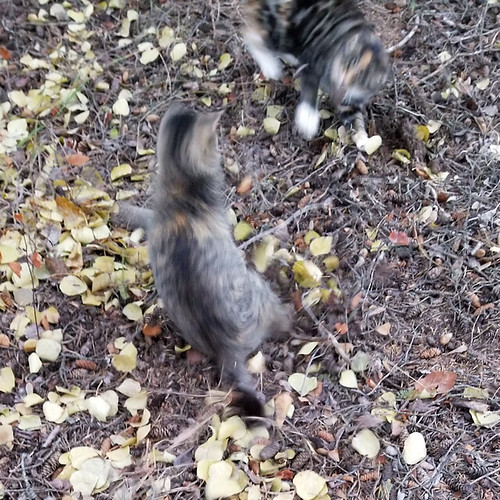 It’s one thing to be growling at the other cats, and maybe batting at them a bit.  Rolando Moon has always been like that. 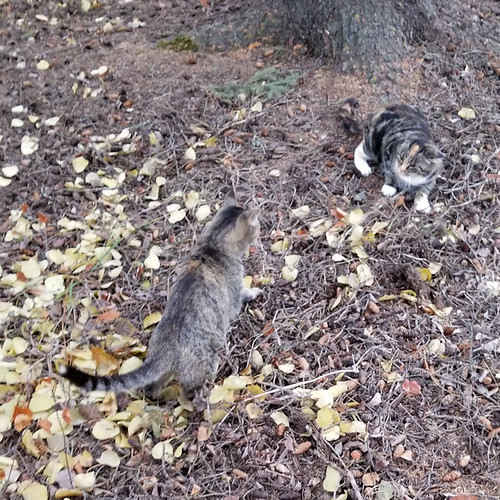 But this morning, she was ready to start a fight with Butterscotch! 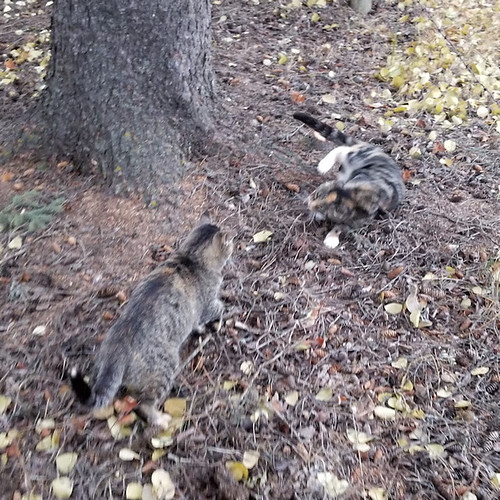 And Butterscotch is definitely the more passive of the two.

I broke them up and ended up carrying Butterscotch for a while.

6 thoughts on “Getting feisty!”