Walking around the yard in the mornings, it’s not usual for me to have a cat or two, following me along.  This morning was no exception.

Butterscotch, however, was much more demanding of attention than usual!  Especially when I stopped to try and get some photos.

I did manage to get a couple photos of lichen on some trees that were worth posting. 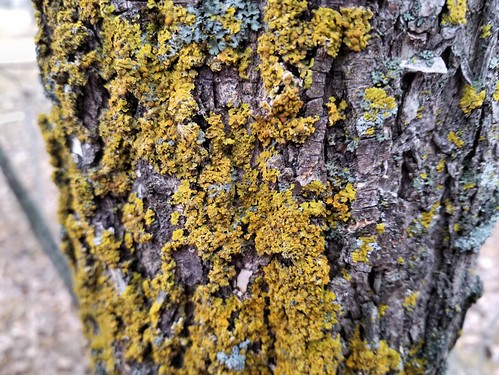 I just love those textures. 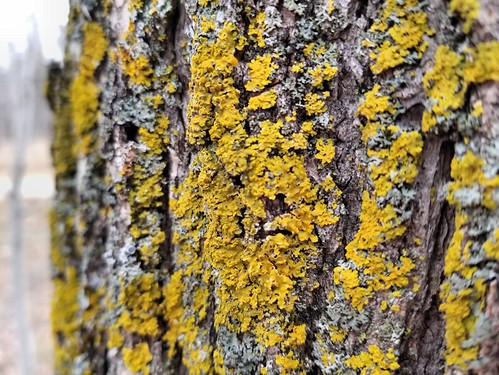 Even when I was a kid, I was fascinated by the look of lichen!

When I started walking around, Butterscotch was her usual self.  Dashing around my feet, trying to trip me, then running ahead. 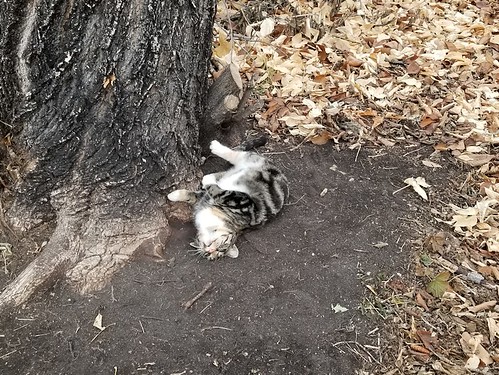 When I paused for a few moments, she started rolling in the dirt, being thoroughly entertaining. 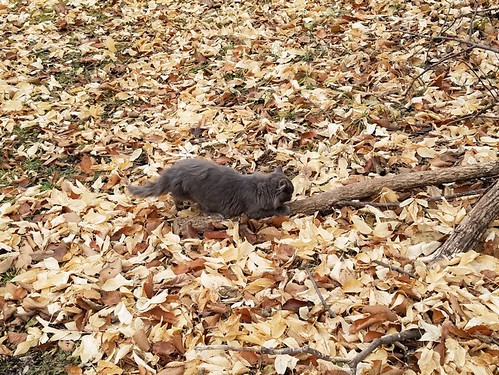 The Outsider followed along for a bit, though when he got close to Butterscotch, she started to hiss and bat at him.

Even Rosencrantz or Guildenstern started to follow along, though he hid behind a crab apple tree, when I tried to get a picture.

As I continued along between the spruce grove and the apple trees by the garden, Butterscotch got more insistent. 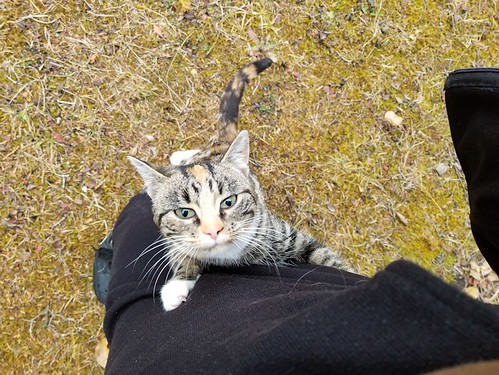 Yeah. She started climbing the back of my leg, too.

I ended up picking her up and carrying her for a while.

Her little feet were damp and cold.  Maybe that’s why she wanted up?

While I stopped to get photos of tree bark, this happened. 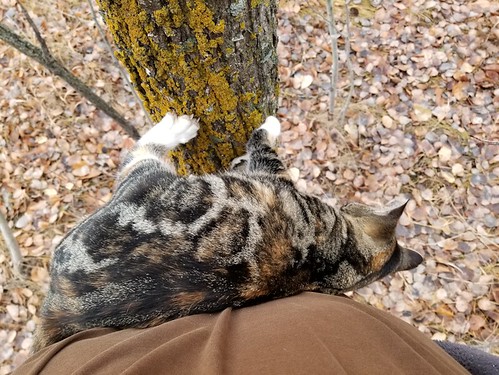 That is a very trusting cat.  If I so much as leaned backwards, down she would have went! 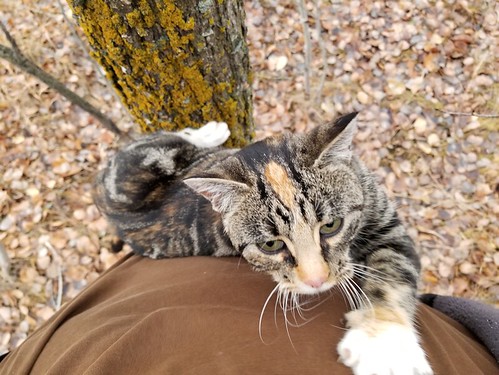 Look at her twisting and turning!

Look at that expression on her face. 😀 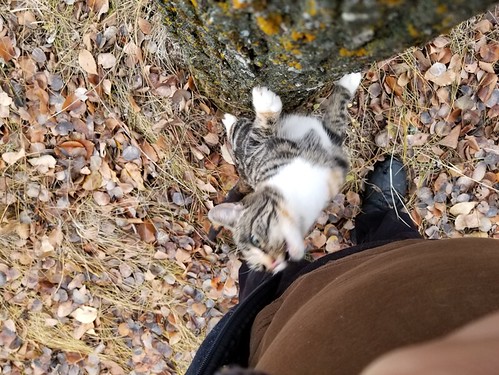 Then she decided to eat the bottom of my zipper.

One thought on “You WILL pay attention to me, says the cat”